In a world where Information technology has led to creative ideas, increase in inventions and innovations. Inventions are created by people who have creative mind with an intention to create products and services that will help to provide solutions to an existing problem through the use of technology.

During the outbreak of the pandemic which started in the city of Wuhan in China, which later spread to other countries of the world. The coronavirus has led to the shutdown of the world economy in order to contain the spread of the virus.

In these hard times, medical personnel who are in the front line sacrifice their life in order to keep us safe. In performing their duties, they encounter difficulties in transporting and delivery of medical supplies, blood samples etc. from Rural areas to Urban center in time.

Those problems led to the introduction of drone technology to solve logistics problems encountered by the medical personnel in delivering their medical supplies to where it is needed.

Companies like Matternet, Flirtey, Zipline, Arone, EHang and others provided drone technology to help transport medical supplies to where they are needed in time which helps to reduce the mortality rate.

In this article, I will give briefs introduction on 6 drone startups, their founders, cofounders, investors and how much capital they raised. 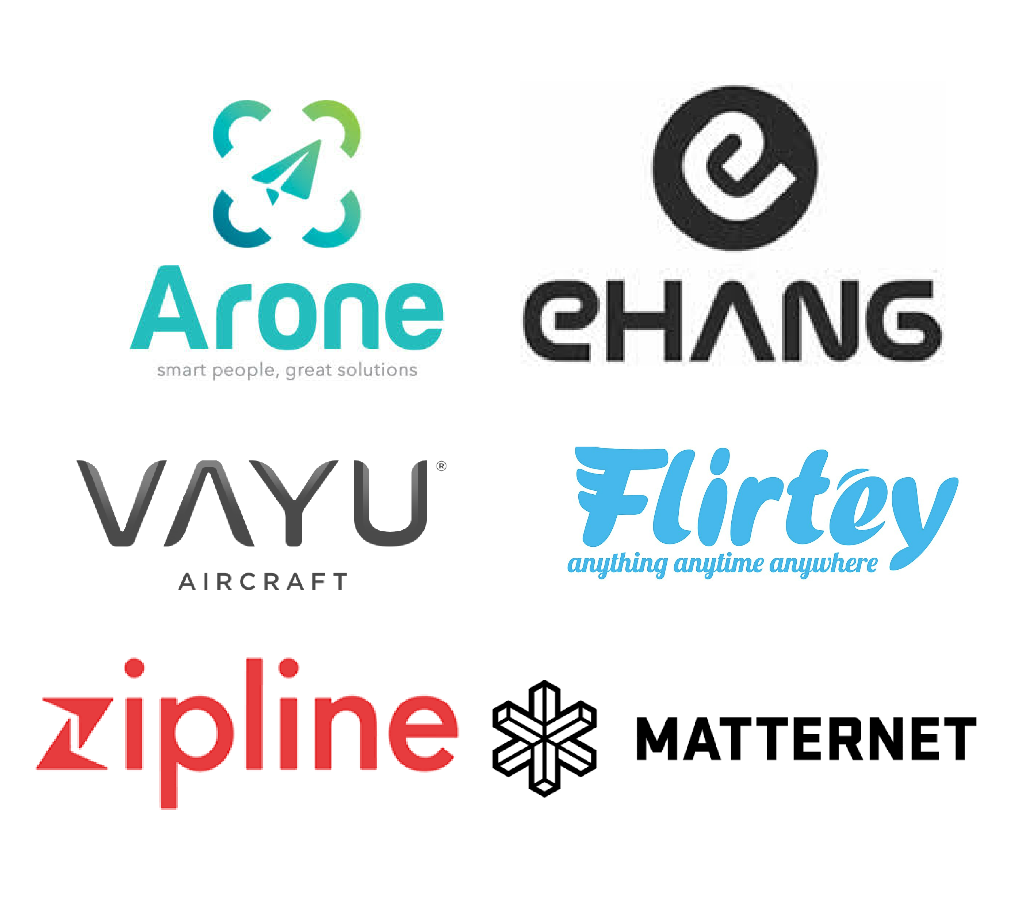 Matternet the leading technology platform for urban aerial delivery. Matternet was founded on December 6 2011, with the help of their Founders Andreas Raptopoulos, Arturo Pelayo, Dimitar Pachov, Paola Santana. In March 2017, Matternet became the first company in the world to be authorized for urban drone delivery operations in Switzerland.

In May 2018, they were selected to participate in the FAA's Drone Integration Pilot Program for operations in North Carolina and San Diego. In March 2019, Matternet and UPS announced a partnership to implement drone delivery services at US hospitals and launched the first ongoing revenue drone delivery operation in US history at Wakemed in North Carolina. UPS and Matternet launch operations to fight COVID-19 during this pandemic period.

Flirtey provides drone delivery service of retail and e-commerce items to consumer homes. Drone deliveries of first aid kits and emergency medication are getting one step closer as Nevada based startup. It is driven by a mission to improve lifestyles by making delivery instant for everyone.

Flirtey was founded in 2013 and is headquartered in Reno, Nevada.

EHang (Guangzhou EHang Intelligent Technology Co. Ltd) is a company based in Guangzhou, China that develops and manufactures autonomous aerial vehicles (AAVs) and passenger AAVs which have entered service in China for aerial cinematography, photography and survey missions.

EHang has signed a contract with Lung Biotechnology PBC in the US to develop up to 1,000 units of its 184 drone, the world’s first autonomous drone capable of transporting a human. The purpose is to automate the transportation of donated organs to people all over the country in emergency situations.

Zipline is a California-based automated logistics company that designs, manufactures, and operates drones to deliver vital medical products. Zipline's mission is to provide every human on Earth with instant access to vital medical supplies.

In 2014, Zipline was created to deliver medicine to those who need it most. Since then, the company has built the world's fastest and most reliable delivery drone, the world's largest autonomous logistics network, and a truly amazing team. Zipline designs and tests its technology in Half Moon Bay, California.

Currently, healthcare providers and disaster relief responders in Asia, Africa, and South America depend on unreliable ad-hoc availability of motorcycles, cars, and trucks to serve remote communities, where over one billion people live all or part of the year without access to all-weather roads.

Their vehicle will provide reliable, fast, and affordable delivery of vital goods to these isolated areas, both regularly and in times of crisis.

Operating in Madagascar, Vayu Drones have been successfully used to deliver stool and blood samples to the country’s central laboratory for testing. Although the drone looks like an airplane, it has the ability to take off vertically thus requiring no runway. It will then fly autonomously to its destination.

Arone is a Nigerian drone startup. Arone has world-class technical ideas and knowledge. Arone plans to create a network of charging stations for drones in Nigeria in order to facilitate and increase the speed of deliveries in Nigeria.

It was founded on the 3rd of March 2018. The startup is being incubated at Roar Nigeria, a tech hub in the University of Nigeria Nsukka.

Most of the blood banks and equipped laboratories are located in Urban communities. This presents a huge challenge for primary health care centers located in rural areas.

The startup is already working with a few clinics and blood banks in Enugu State to deliver supplies. In January, it announced plans to develop drone stations in each state in Nigeria, as well invite more health facilities to use its service.